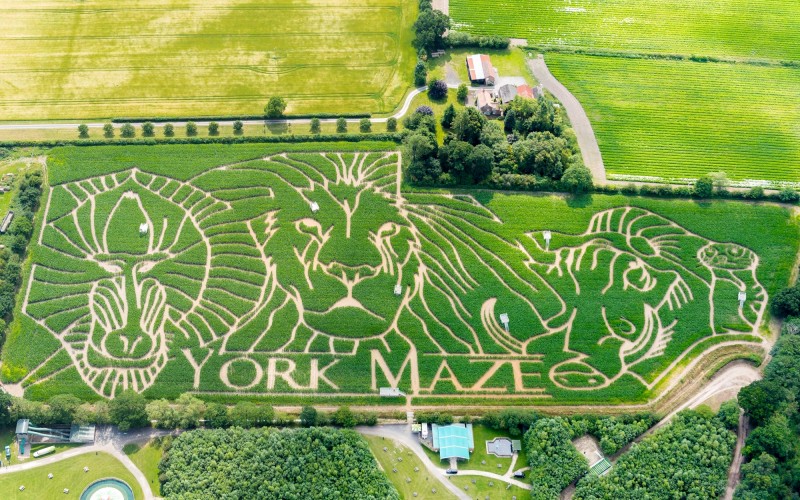 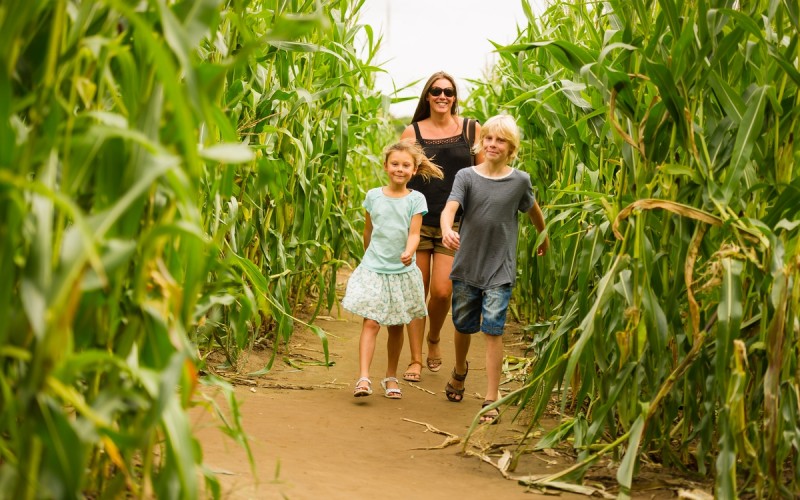 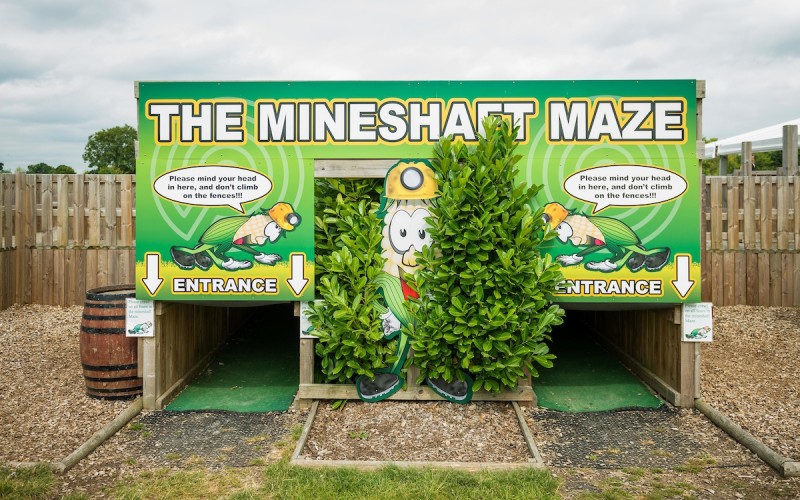 York Maze is famous for the giant Maize Maze, the largest in Europe, but we also boast many other curious maze based attractions for you to puzzle over.

The giant “maize maze” is a living growing maze made from over 1 million maize plants covering an area larger than 8 Wembley football pitches!!

You won't believe your eyes in the Maze of Illusions, you'll be on your knees in the Mineshaft Maze, and who knows what your future holds in the Finger Fortune Maze.

The mazes are just some of the 20+ attractions at York Maze, there is so much to do, you’ll be “a-maized”. 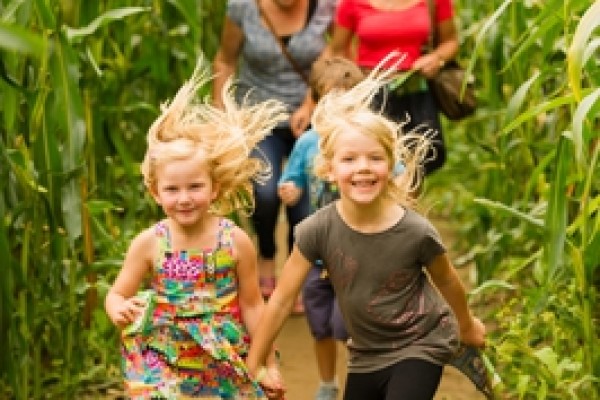 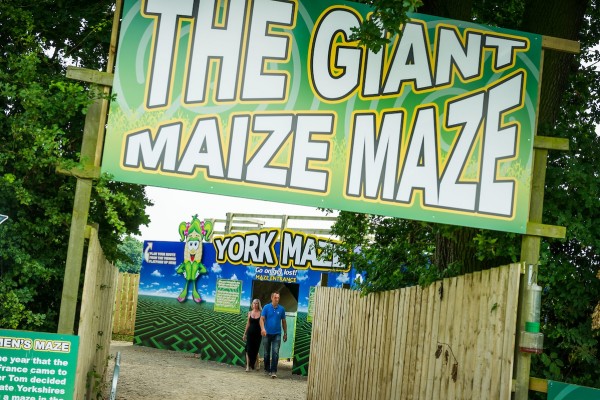 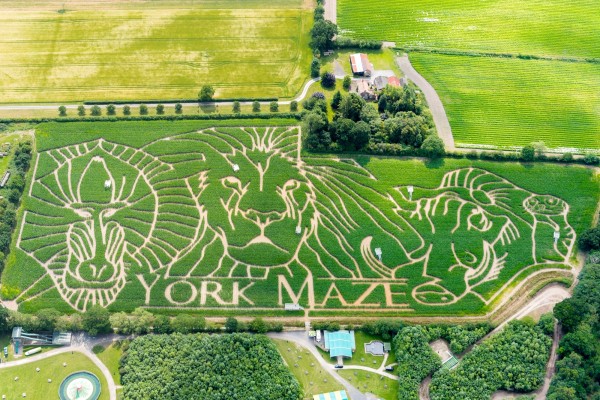 The giant “maize maze” is a living growing maze made from over 1 million maize plants, and covers an area larger than 8 Wembley football pitches!! It is the largest maze in Britain, and one of the largest in the world. Each year there is a new maze design to solve.

Navigate your way through the maze to find the the six challenge points. Solve the puzzles and there are prizes to be won! For a more challenging time in the maze try to solve the morse code cornundrum! 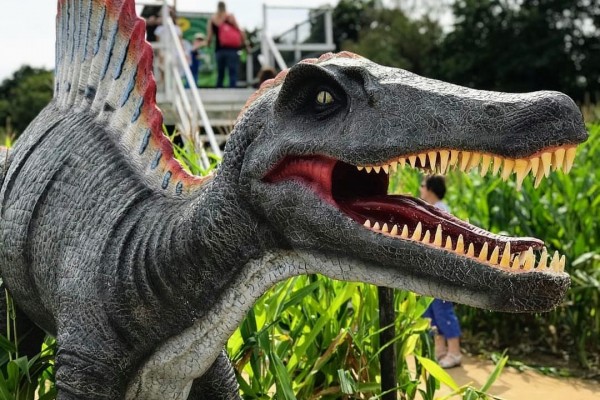 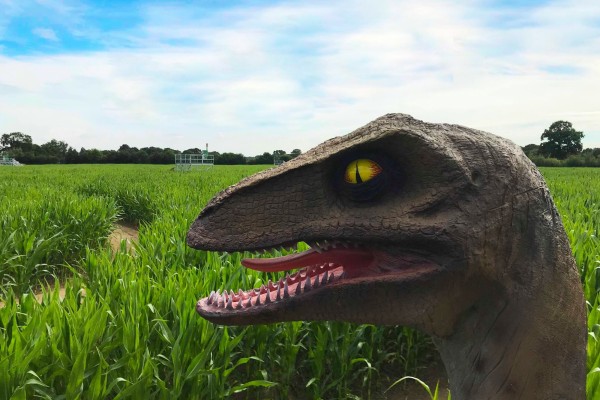 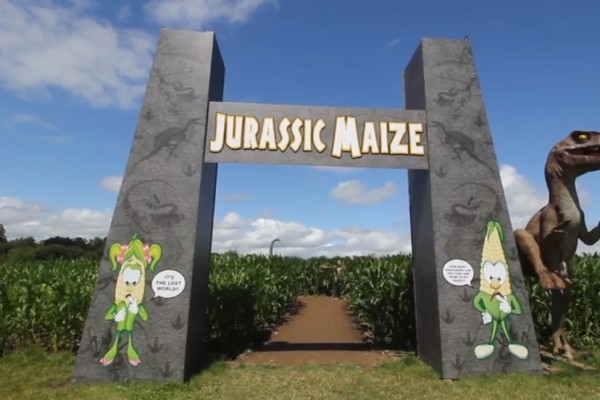 Beyond the gates of the Jurassic Maize encounter some of the biggest dinosaurs to ever roam the earth as you navigate your way through this prehistoric maze. 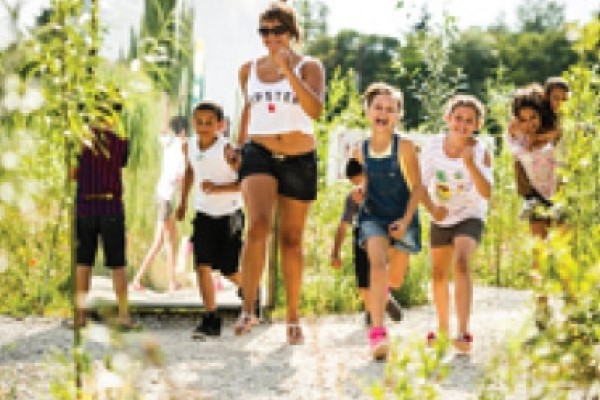 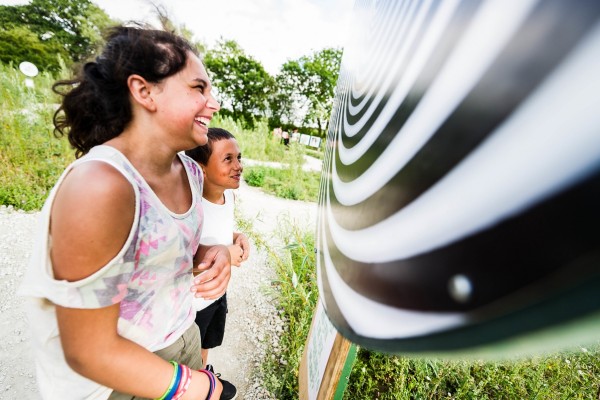 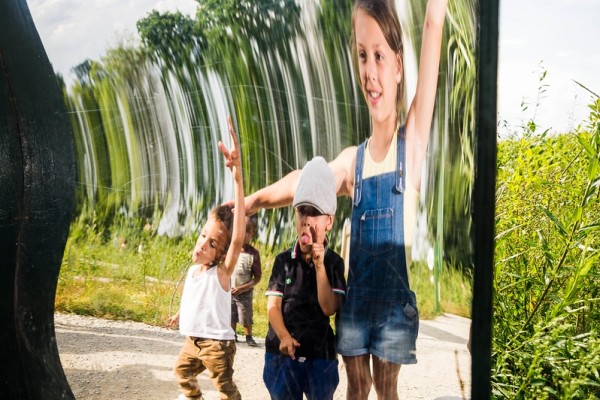 You won’t believe your eyes in the maze of illusions! Within this mini maze are all sorts of mind bending puzzles and illusions. Mirrors that can make you manic, pictures that appear to move, illusions that will have you rubbing your eyes! 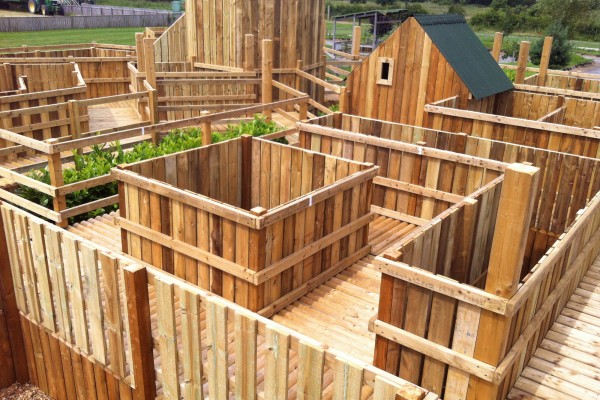 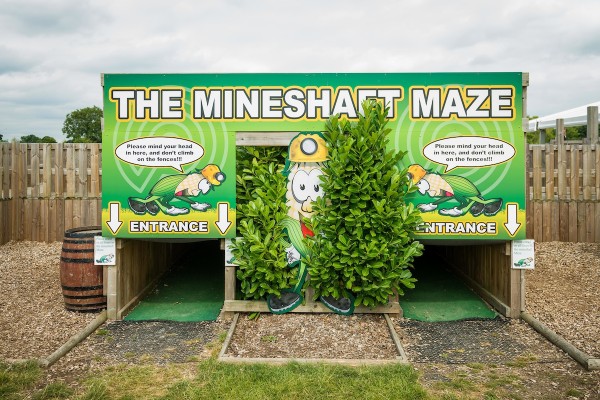 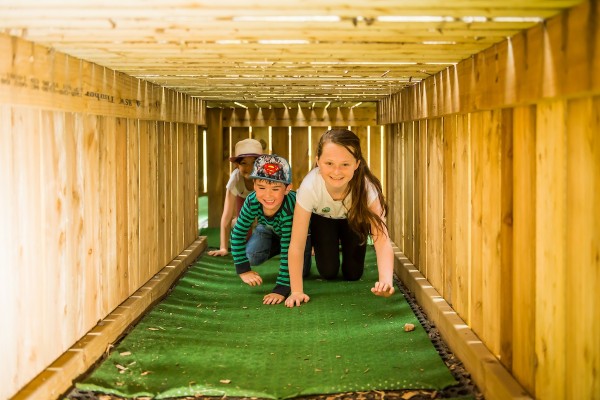 Loose yourself in a 3D labyrinth of crawl tunnels, bridges and overhead walkways. Discover the sound boxes and the secret rooms hidden deep inside the Mineshaft Maze. 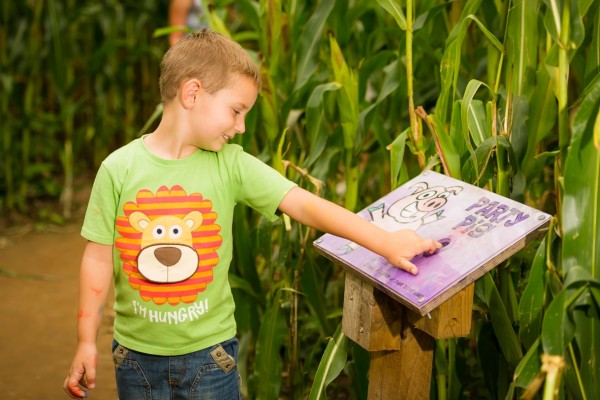 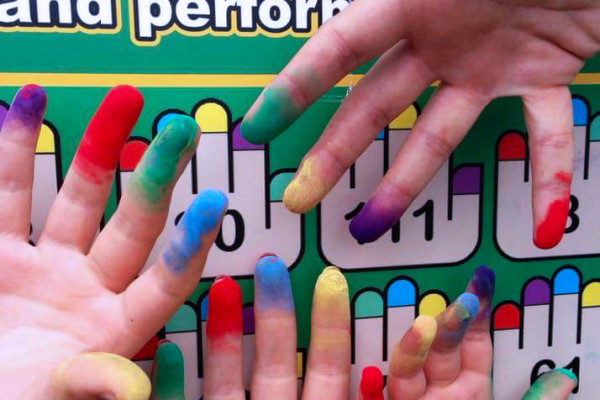 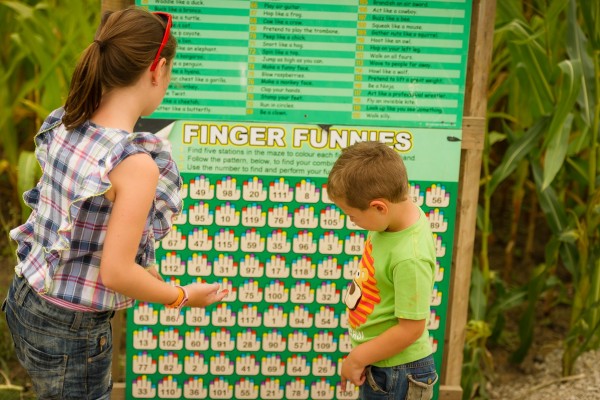 As you make your way around this mini maze you will find stations where you can colour the end of your finger.

When you have found all five stations and coloured all your fingers you can return to the de coding board and see what it means, but watch out, you may find a forfeit awaits. 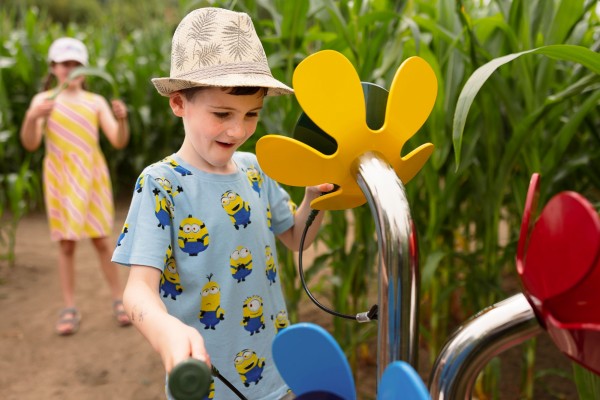 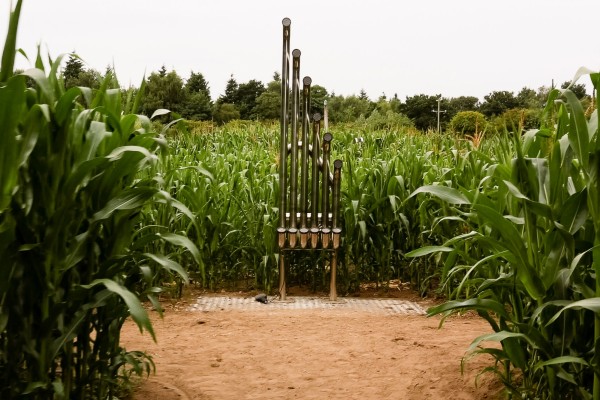 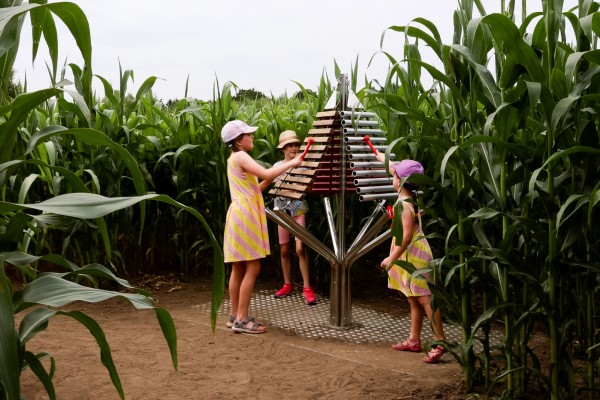 The sound of drums, xylophones, tubular bells and more will guide you through this maze. Find the giant musical instruments and have a go yourself! Accessible for all. 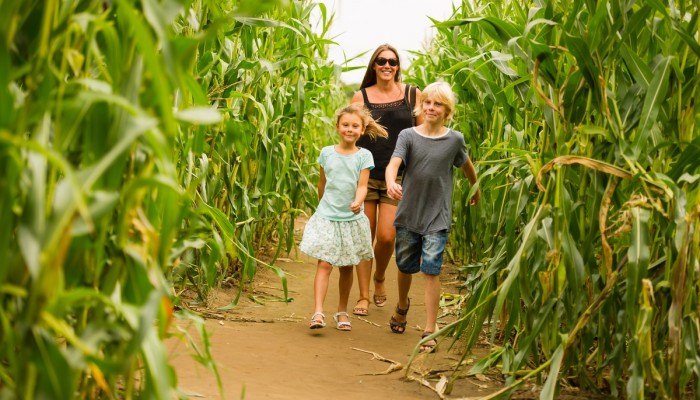 Home to the largest Maize Maze in Europe, plus many other curious mazes... 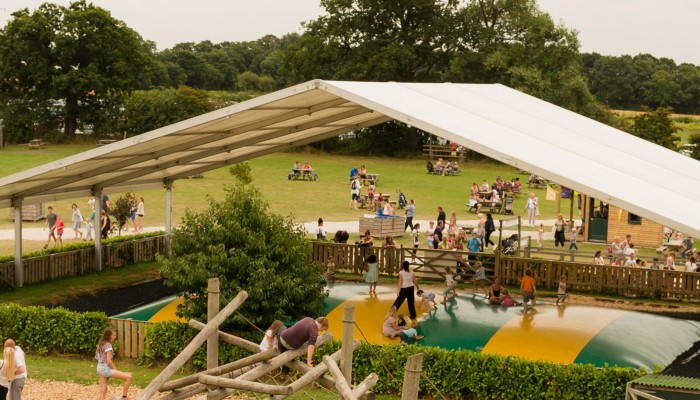 Our range of active fun attractions will leave you tierd but wanting more... 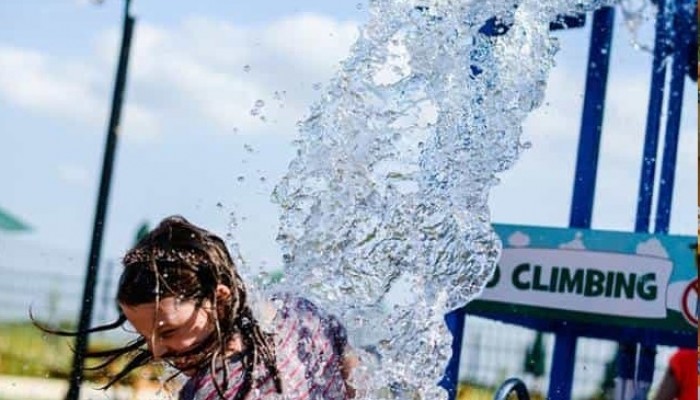 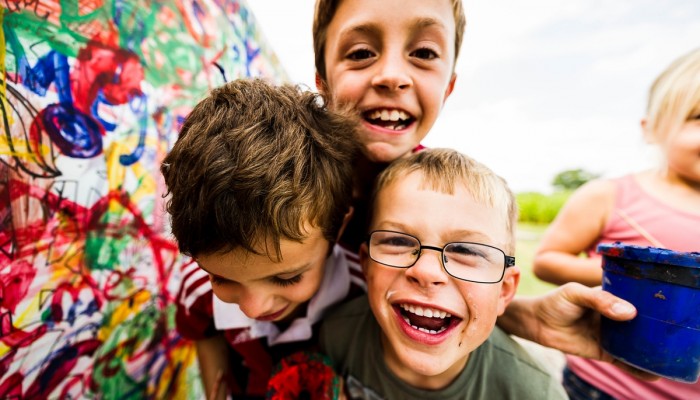 Take your time and enjoy our more gentler paced attractions... 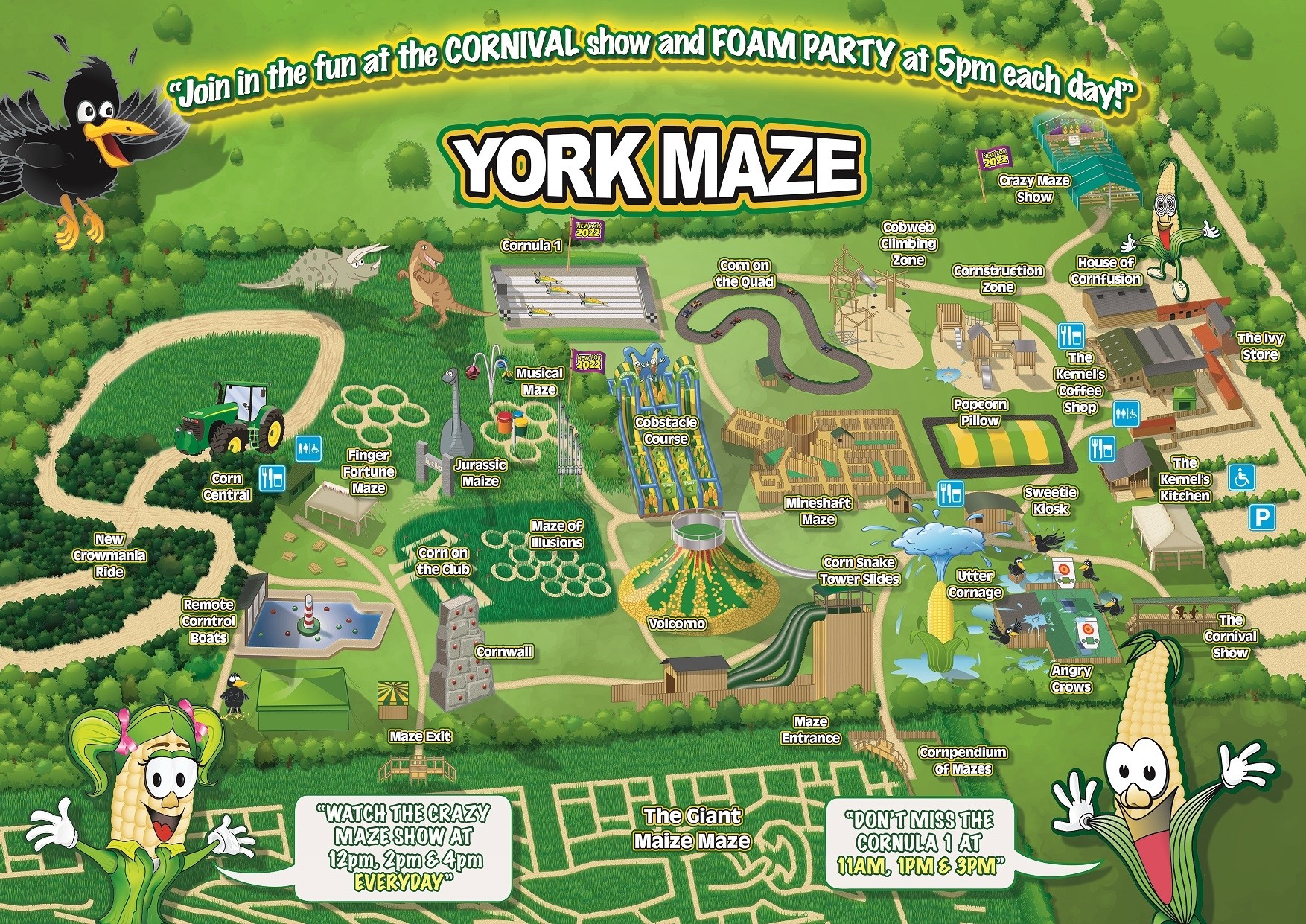