York Maze is now closed for the summer. Our next event is HallowScream/Hallowtween

York Maze is now closed for the summer. Our next event is HallowScream/Hallowtween 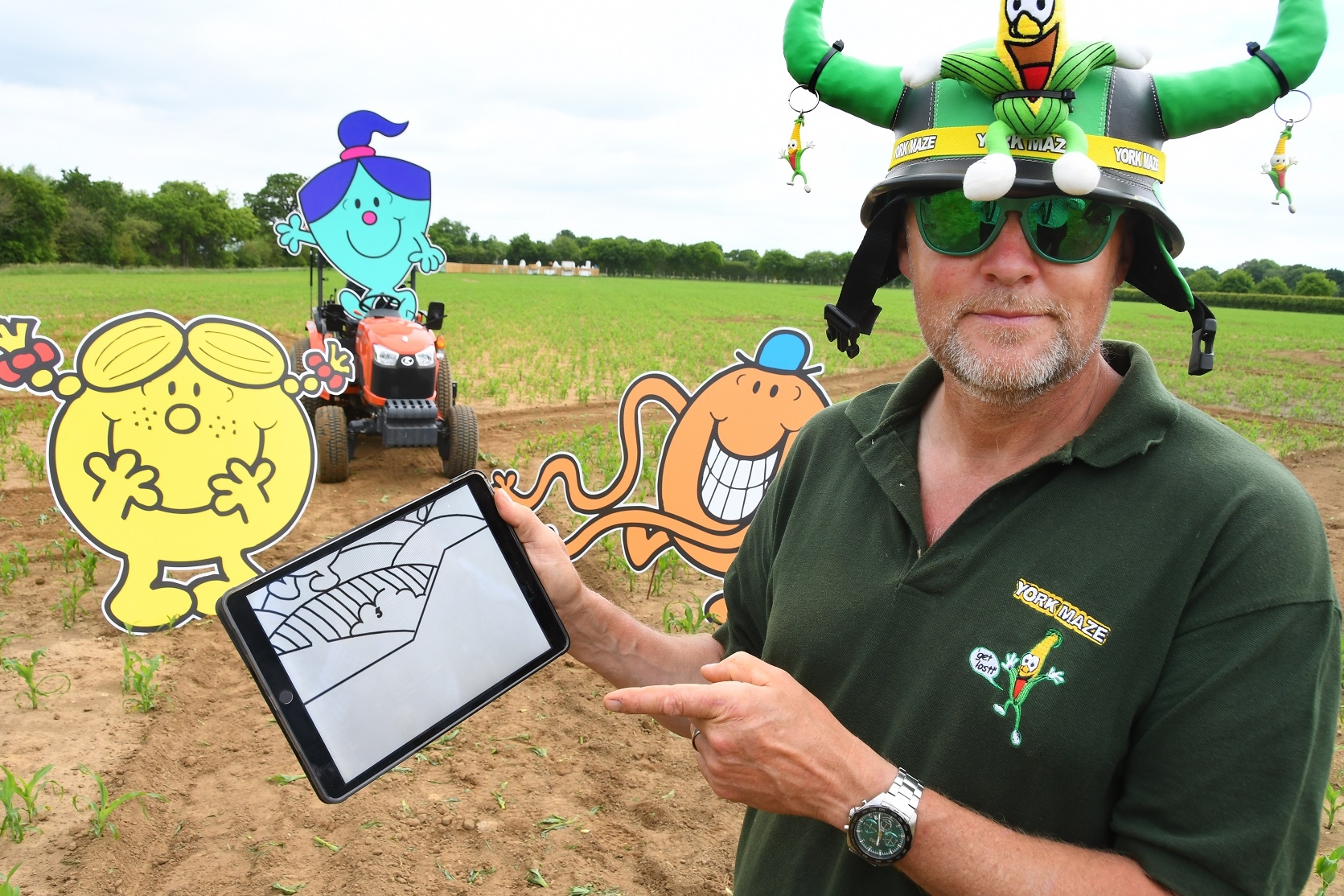 A giant maize maze in York, England, will be celebrating the 50th anniversary of Mr. Men Little Miss when it opens to the public in July.

Farmer Tom Pearcy has cut out over 5 km of pathways in his 15 acre field of over a million maize plants. When the crop is fully grown by mid-July the maze of pathways will form an image when viewed from the air, a bit like crop circles.

Says Tom Pearcy, “We use GPS technology to plot the pathways and cut them out when the maize plants are only a few centimetres tall. It is nerve wracking because I can’t tell if we’ve made a mistake and put a path in the wrong place until the maize plants are fully grown.”

York Maze have teamed up with Mr Men and Little Miss to celebrate the 50th anniversary of the popular children’s literary and TV characters.

The Mr. Men Little Miss 50th Anniversary Maze will open for visitors to explore from 17th July to 6th September 2021 when the crop will be harvested. Visitors will have to navigate the maze of pathways to find the Mr. Men Little Miss characters. Find all the characters and you could win a prize. For details of opening times visit www.yorkmaze.co.uk.