A Thunderbirds fan has created an amazing tribute to 50 years of the iconic show by producing the World’s biggest ever Thunderbird 2, carved into an 15 acre field of growing maize plants near York, England. 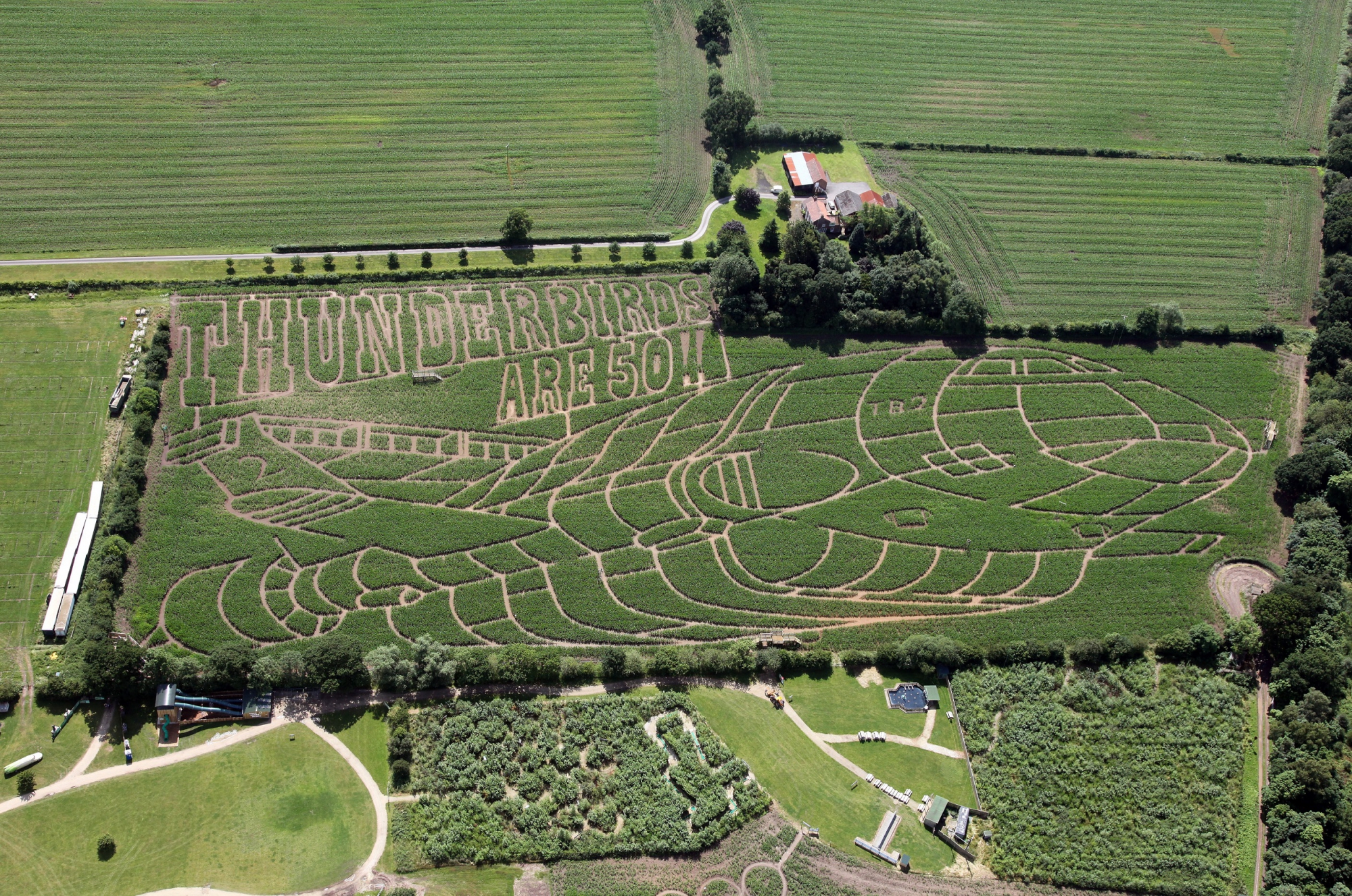 Tom Pearcy came up with the idea after hearing about the 50th anniversary.

Says Tom Pearcy, “As a kid I remember watching Gerry Anderson’s great TV shows like Stingray & Captain Scarlet, but Thunderbirds was my favourite. I wanted to do something big to mark the 50th anniversary. As a child Thunderbird 2 captured my imagination, I think it’s the most iconic of all the Thunderbirds and being green it works perfectly carved into the field of maize plants!”

Measuring over 350m (1150ft) long, Thunderbird 2 has been painstakingly carved out of over 1 million living maize plants. It took Mr Pearcy and his team of helpers nearly a week to cut out the 6km of pathways in his 15 acre field near York to form the giant Thunderbird image together with the words ‘Thunderbirds Are 50’. The pathways in the field form an intricate maze for visitors to explore. The York Maze is believed to be the largest maze in Europe and one of the largest in the world.

Jamie Anderson, son of Thunderbirds creator the late Gerry Anderson, was so impressed when he heard about Mr Pearcy’s amazing maze that he had to come to York to see it for himself. Jamie took a helicopter flight over the giant 15 acre maize maze to see the design.

Says Jamie Anderson, “It’s incredible, this really is an amazing tribute to 50 years of Thunderbirds. I’m sure my father would have been thrilled to see this and he would have been particularly interested in the design process and how it has been carved into the field in such impressive detail.”

The Thunderbirds 50th tribute York Maze is open for visitors to explore this summer from Saturday 11 July to Monday 7th September, when the maize will be harvested and fed to the cows. For details of opening times visit www.yorkmaze.co.uk.

Created by the late Gerry Anderson (1929-2012) Thunderbirds was first aired on British television on ITV in September 1965. Its jerky puppets filmed in Anderson’s trademark "Supermarionation" were a hit with children in the 1960s and ’70s. It was re-launched in 1991 on BBC2 and attracted a whole new generation of fans. Toy makers were unable to keep up with demand leading Blue Peter to produce the infamous segment on how to build your own Tracy Island. For the 40th anniversary in 2005 Thunderbirds ran on the new CITV channel.  In March 2015 as part of the 50th anniversary year ITV launched a new series of Thunderbirds using CGI characters, which some claim lacked the charm or the original puppets.

Jamie is the younger son of the late Gerry Anderson - the man behind cult TV shows like Fireball XL5, Stingray, Captain Scarlet, Space: 1999, and of course Thunderbirds. Jamie had always wanted to follow in his father's footsteps since an early age - spending huge amounts of time with Gerry at Pinewood Studios and Cosgrove Hall in Manchester when he was growing up.

Now, as managing director of Anderson Entertainment, Jamie is the man tasked with keeping the Gerry Anderson legacy alive, but also developing Gerry's unfinished works. Jamie was the driving force behind Anderson Entertainment's highly successful Kickstarter campaign - which raised funds to complete and publish Gerry's final novel "Gemini Force One". The campaign caught the attention of top International publisher Orion books, who went on to sign a three-book global publishing deal for the series. Jamie continues to work on development of Gerry Anderson's unfinished literary, film and television projects. www.gerryanderson.co.uk

Having lost his father in 2012 to Alzheimer's Disease, Jamie is also a celebrity supporter of Alzheimer's Society - regularly speaking at events, and helping to raise much needed awareness and funds. He also continues in his father's footsteps by supporting the International Rescue Corps as their vice-president.

York Maze covers 15 acres (8 football pitches) in size and is thought to be one of the biggest mazes in the world. The Thunderbird 2 is 350m (1150ft) long which is over 4 times the size of the ‘real’ TB2 which is modelled so that full size it would be 75m (250ft) long. It is believed to be the biggest Thunderbird 2 ever created.

York Maze in the news 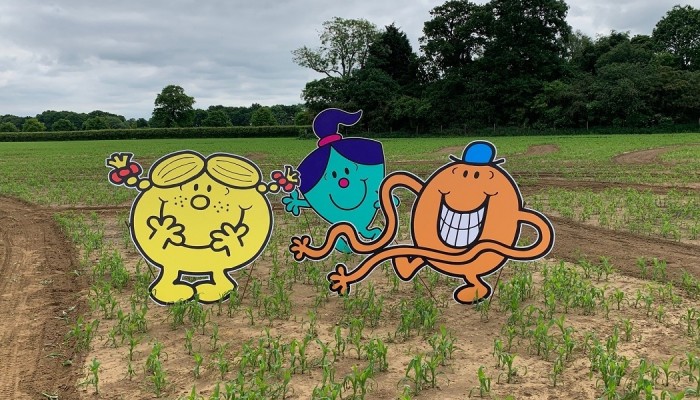 York Maze will be celebrating the 50th anniversary of Mr. Men Little Miss when it opens to the public on 17 July 2021. 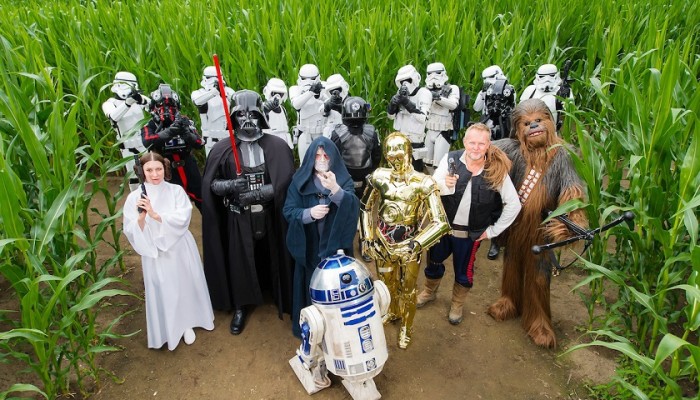 Maze the Force be with you 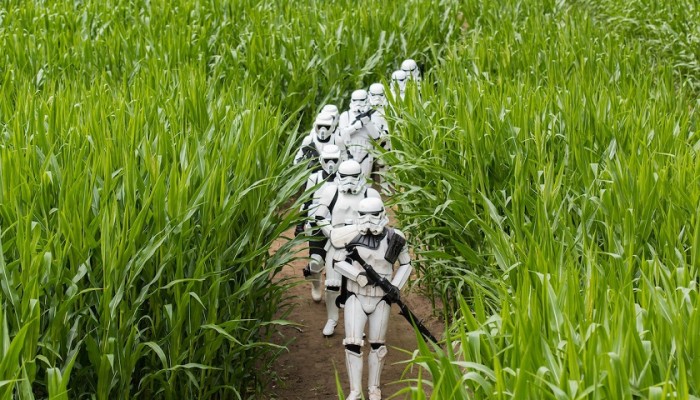 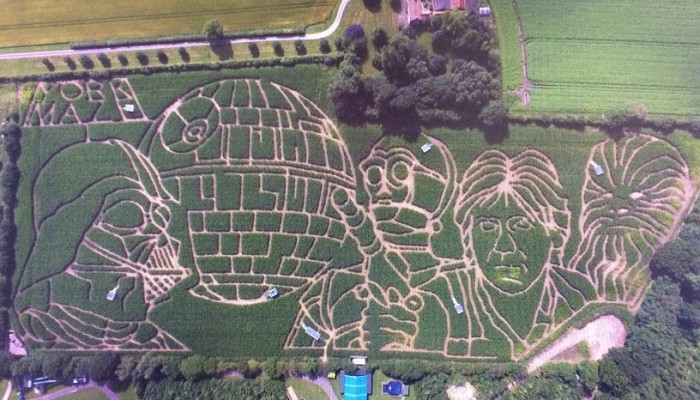 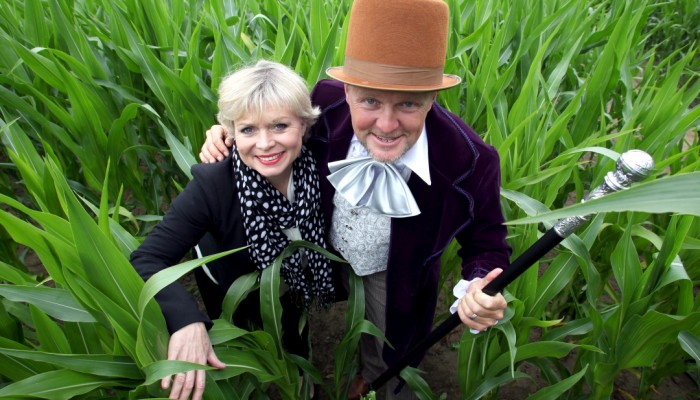 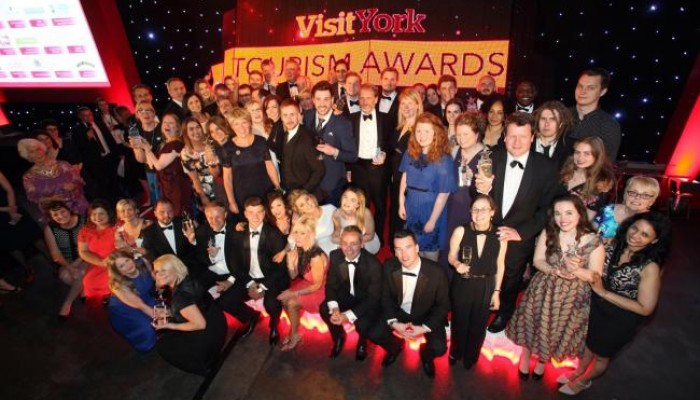 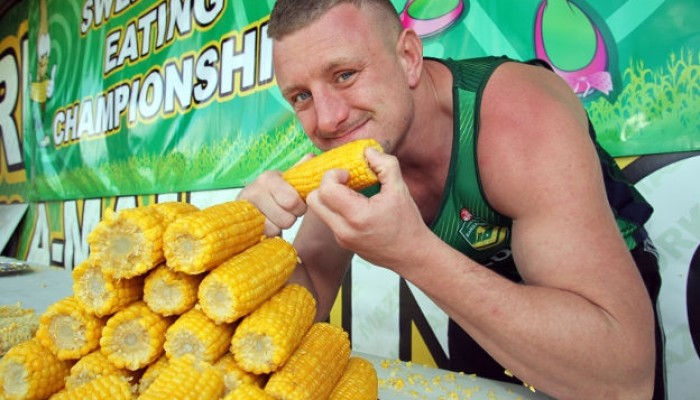 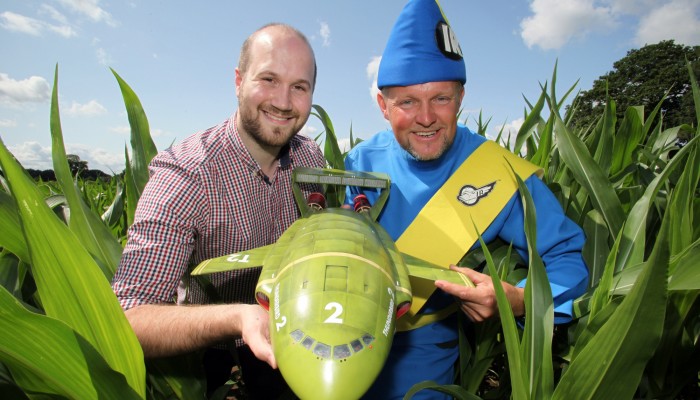 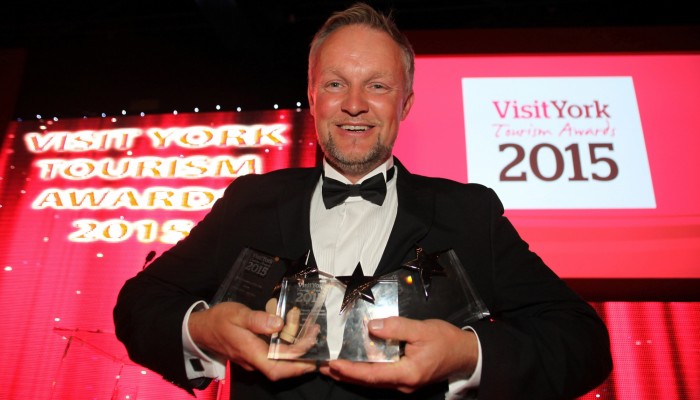 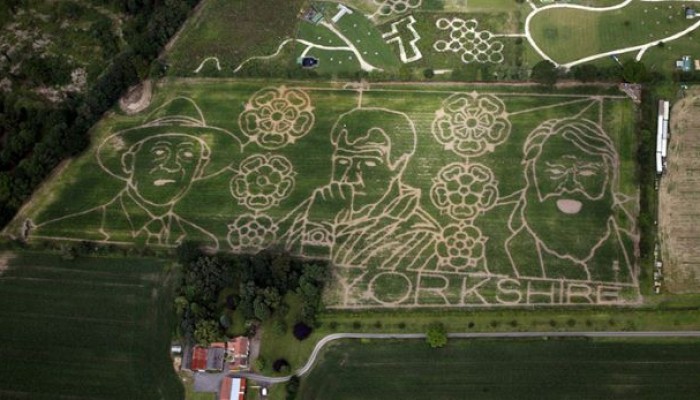 Ten things we learned this week 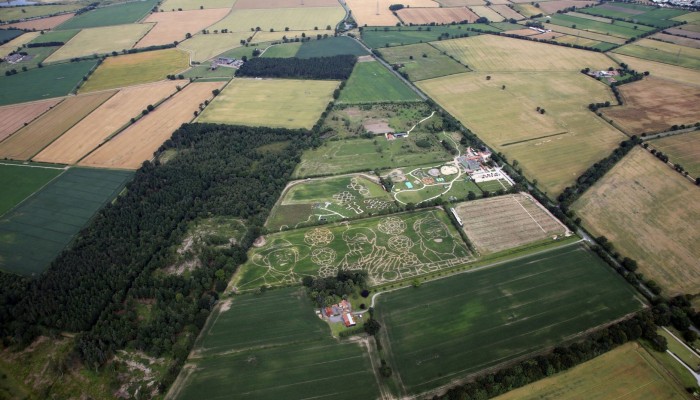 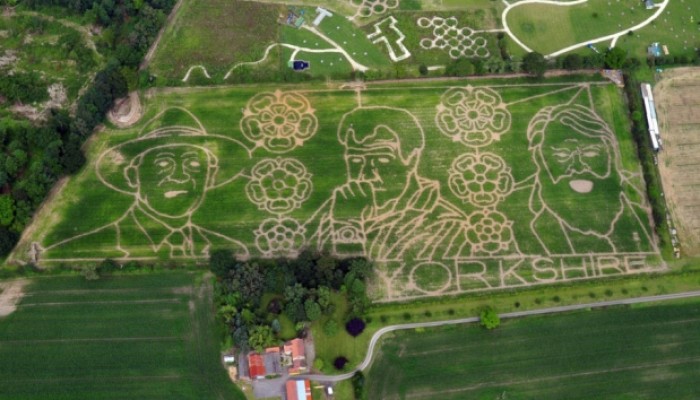 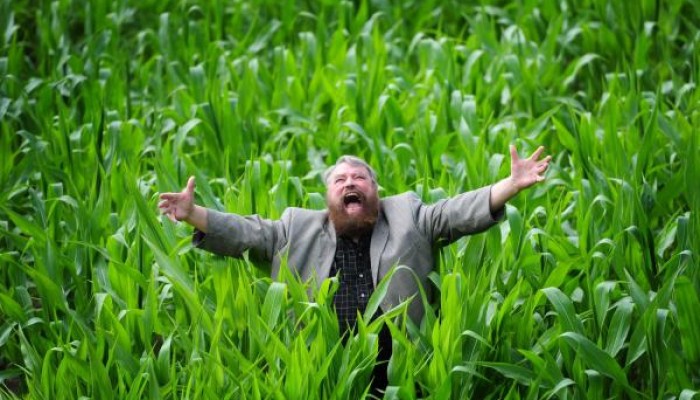 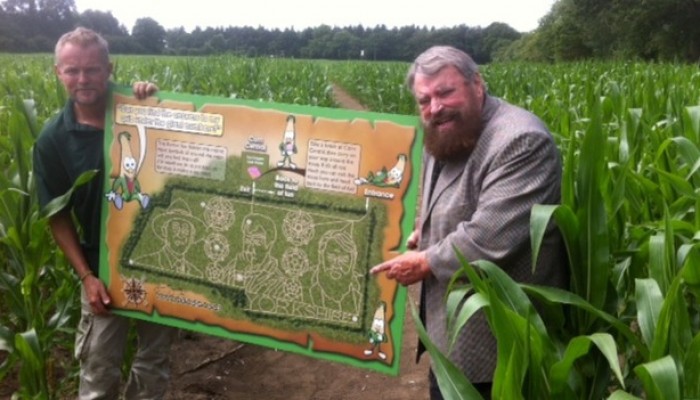 Maze grown in the shape of Brian Blessed's face 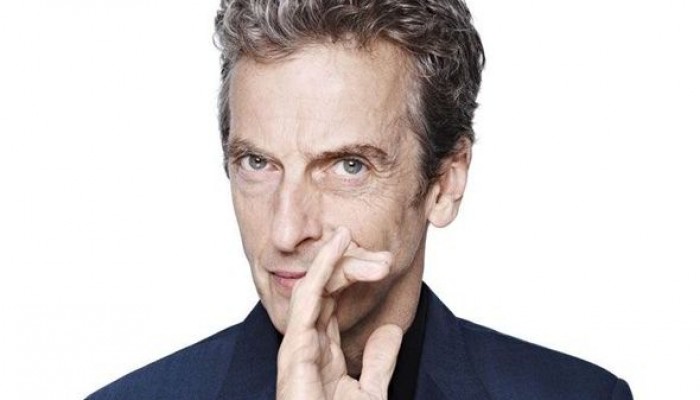 Top 10 days out on the trail of Dr Who 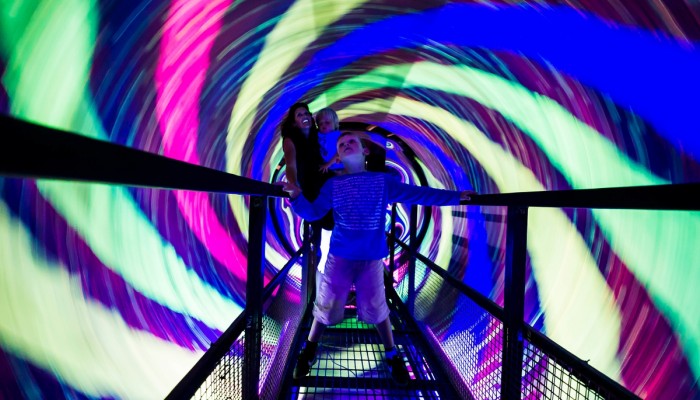 An a-mazing day out for big and little kids 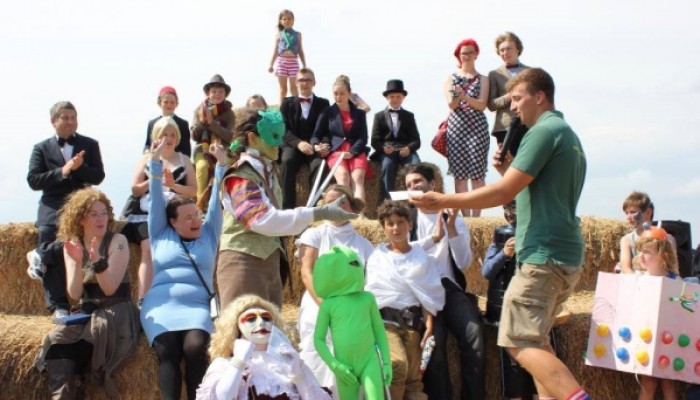 THE AMAZING MAIZE MAZE IS CONQUERED! 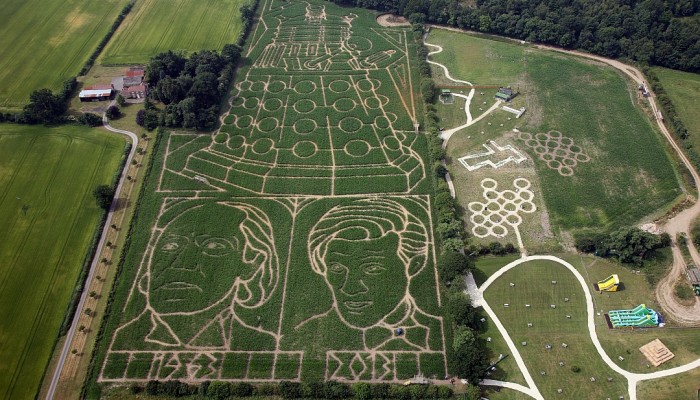 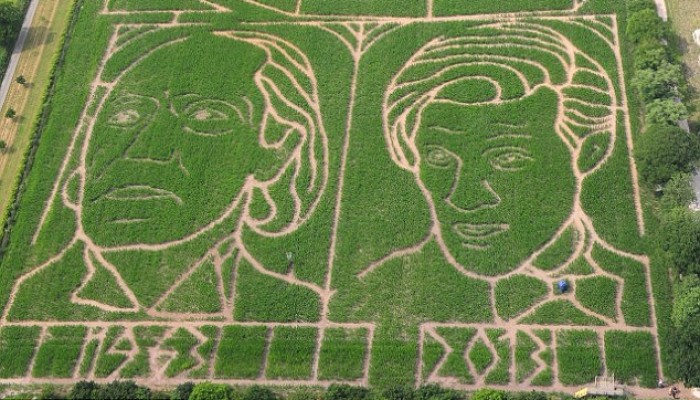 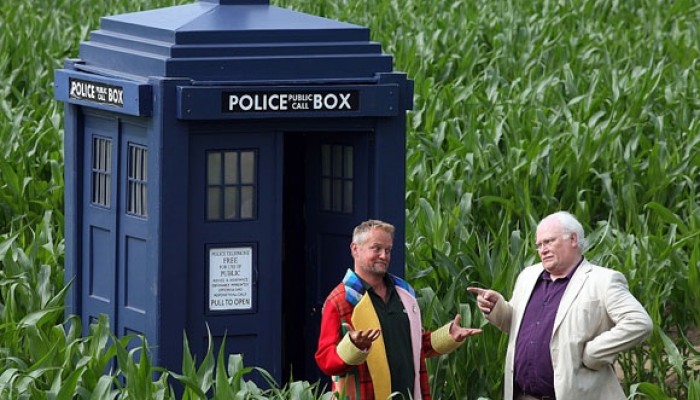 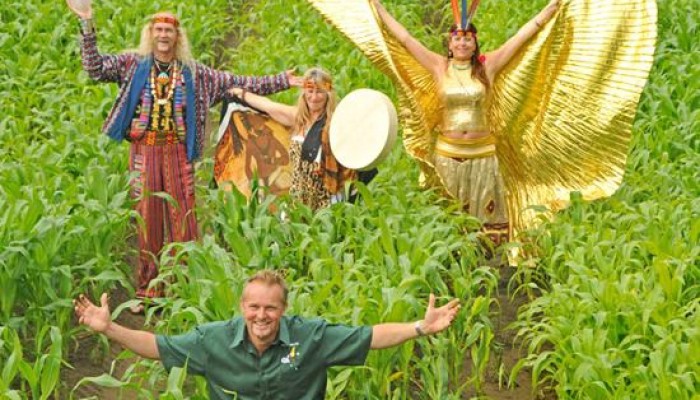 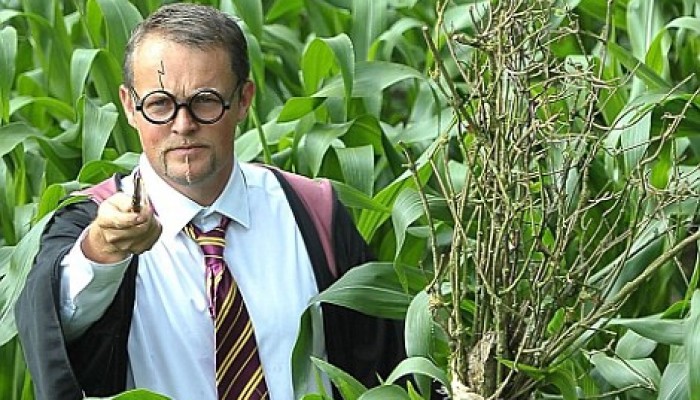 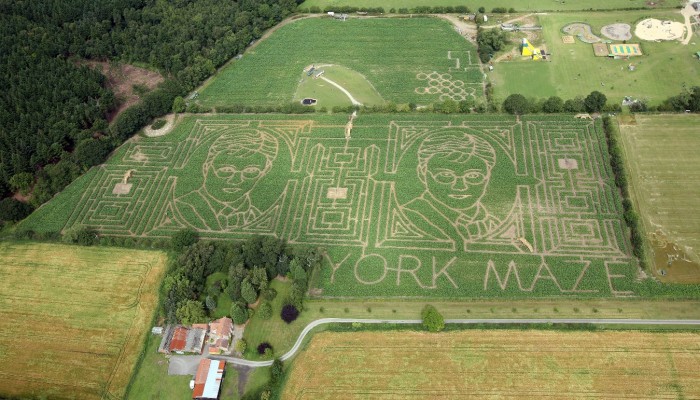